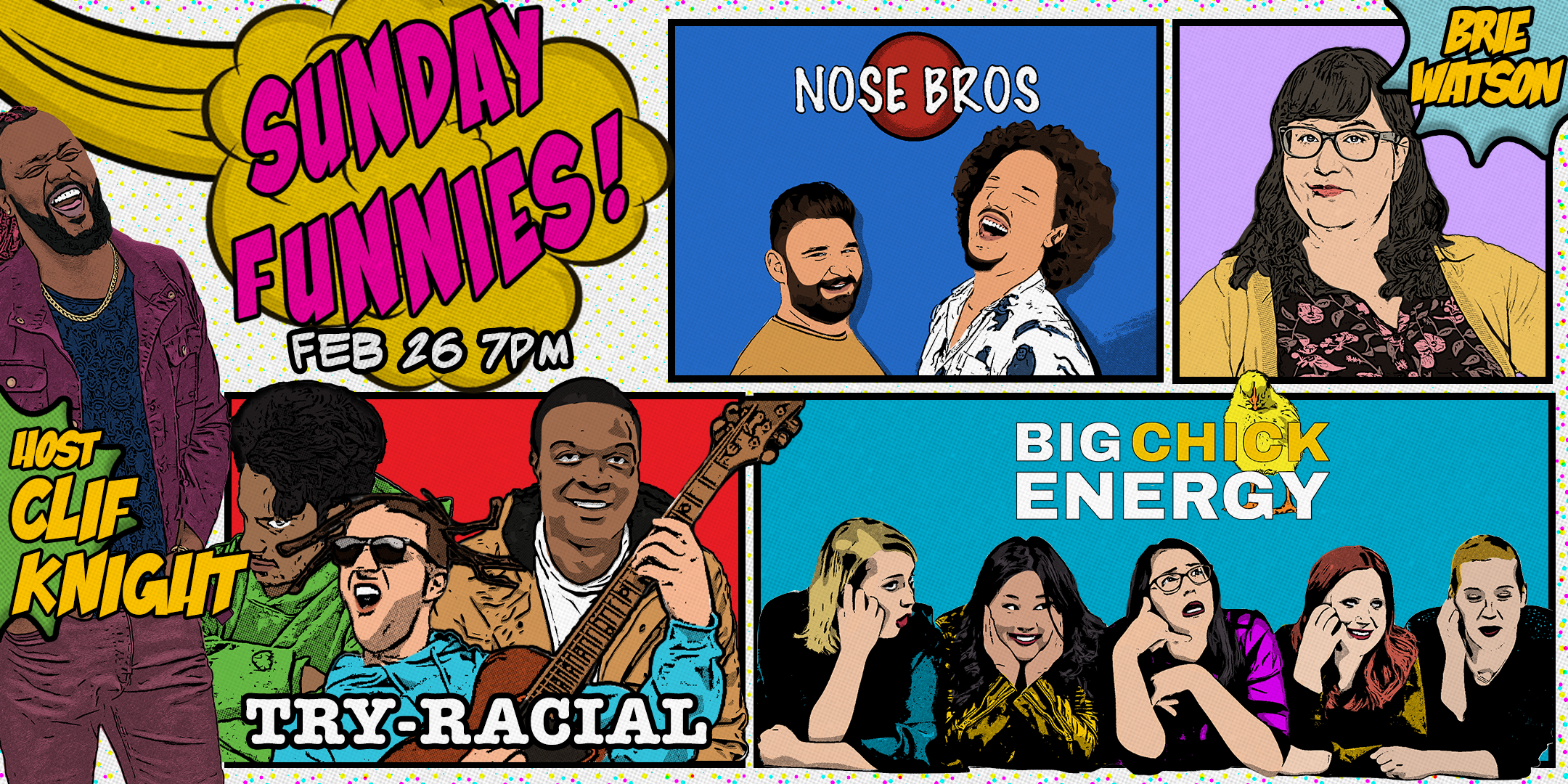 Join Big Chick Energy and a bunch of other hilarious comedy acts on Sunday February 26 at 7pm for Sunday Funnies at The Rivoli! Come see some of Toronto’s brightest comedic performers of sketch improv AND Standup!

Get your tickets here!

All ticket sales are FINAL! We are unable to offer refunds. 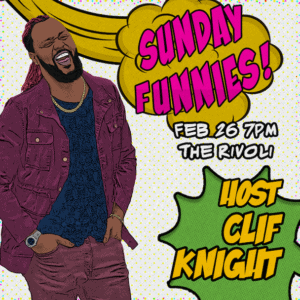 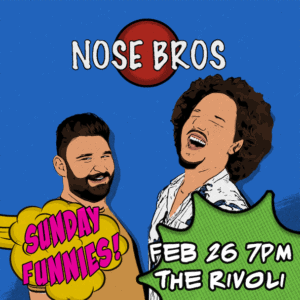 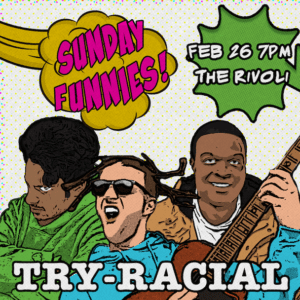 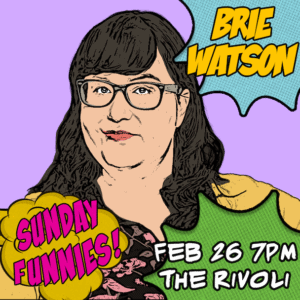 Brie Watson is an award-winning improv, stand-up and sketch comedian, actor, director, live comedy producer, and respected improv instructor. She teaches improv at the world-famous Second City in Toronto and is Artistic Director of Improv Niagara. Brie directed the improvised sensation “End with a Kiss,” which won Best of the Festival at the 2022 Hamilton Fringe Festival. Recently, you might have seen Brie appear as the “Boomstick Lady” on your TV screens in an ad for Seat Geek. Her sketch duo brie&dave with Dave Hietalahti has performed internationally in Boston & NYC and she also co-hosts a podcast called The Constant Struggle with her brother Nick. 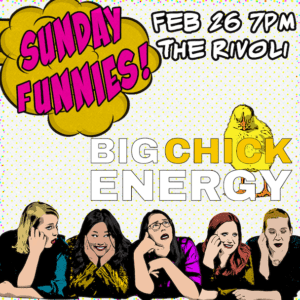 You either have it or you don’t, it’s Big Chick Energy! This femme forward troupe from Toronto oozes with relaxed confidence as they combine their absurd sensibilities with irreverent and relatable themes. Their light hearted, down right silly, and occasionally musical shows keep audiences laughing and wishing for more. Individually they are Alicia Carrick, Julia Jones, Emily Milling, Sam Sexton and Jo Anne Tacorda.